August 8, 2017 by brandguardpro in Industry News

QR codes? Those black-and-white graphics that take you to a URL when scanned with your phone. Sine 2011 they are everywhere. Brands splashed them across posters, put them in shop windows and integrated them into creative advertising. But in 2017 China is definitely addict and it’s part of the daily life over there.

QR codes in China are convenient, quick and painless to use, lead to experiences and services that are designed specifically for mobile, and most importantly, they have native support via one of China’s most ubiquitous apps: WeChat.

WeChat is one of China’s most popular messaging apps, with more than 900 million monthly active users mostly concentrated inside the country. So when an app that’s installed on virtually every smartphone in China has in-built support for QR codes, you’ve effectively got native support for QR.

Add to that the fact that WeChat is much more than just a messaging app – it has in-built functionality for making payments, transferring money, hailing a cab, hiring a bike, and donating to charity to name just a few – and you start to see how WeChat became a game-changer for the uptake of QR in China. Scan a QR code with WeChat, and you can do almost anything.

Ecommerce, or more specifically payments, is one of the most natural uses for QR codes, and thanks to the integration of WeChat Pay (sometimes called WeChat Wallet), the payment functionality of WeChat, QR codes can be used in China to pay for almost anything. According to the Wall Street Journal, many Chinese users simply leave their wallets at home and use their mobile phones to make payments.

“More than 95% of China’s 731 million online population access the internet via their smartphones,” writes the Journal, “and half made offline, in-store mobile payments in 2016, according to a report released by the China Internet Network Information Center.”

Alipay Wallet, the mobile app from China’s most widely-used mobile payments provider, also supports QR codes, giving Chinese consumers another ubiquitous option for payments if for some reason they don’t want to use WeChat.

In a 2015 article for ClickZ on why QR codes have taken off in China, Sophie Loras detailed how WeChat’s messaging functionality has become a forum for brands to market to consumers.

“Brands [in China] are using QR codes to drive online to offline (O2O) sales, especially in retail. It’s not uncommon in China to see a poster at the entrance to a shop or near the cash register asking consumers to “add” them on WeChat.

“WeChat’s user appeal lies in its intimate and closed environment. For example, unless the user has agreed to follow a brand’s official subscriber account, the brand cannot send personalized and targeted content to them.

“Brands are also limited to sending just four direct messages a month to each follower. But it outlines why brands are so eager to increase their followers on WeChat through a QR code – better, and more direct, consumer engagement.”

Chinese brands have also used QR codes for everything from creating interactive marketing campaigns to helping to authenticate genuine products. In short, once you have the underlying support for QR codes, all sorts of things are possible.

According to an article by Bloomberg, Viagra is one of the main pills to be made illegally. As China... 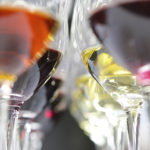 Fakes still a problem in China
All Posts 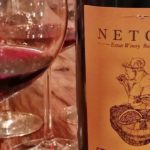 BrandGuard is an Israeli high-tech start-up specialising in solutions for the retail industry. You can contact us at: